The Borough of Pompton Lakes has completed the development of an off-road multi-use path along the Ramapo River that provides a new recreational facility for walkers and bicyclists. The path is approximately one-mile starting near the intersection of Mathes Avenue and Riverview Road and ends near the south end of Lincoln Avenue, near the Pompton Lakes Municipal Utilities Authority. The path was funded through grants by the Passaic County Open Space Trust Fund, NJDEP Recreational Trails Grant, and a local match by the Borough.

The path runs along the former Pompton Feeder, which provided water for the historic Morris Canal, an important trade and transportation route that ran between Phillipsburg and Jersey City in the 1920s. The path connects a number of key features in Pompton Lakes including Lincoln School, a view of the Pompton Falls, Stiles Park and the red trail entrance to the South End Trails. In addition, many new amenities have been added including benches, interpretive signage, and bike racks, plus safety features for a street crossing at Dawes Highway and riparian plantings along the banks of the Ramapo River for flood mitigation.

Construction of the Greenway took place in the spring and summer of 2018. On June 1st, 2019, the Borough of Pompton Lakes did a ribbon cutting on National Trails Day, officially opening the path. 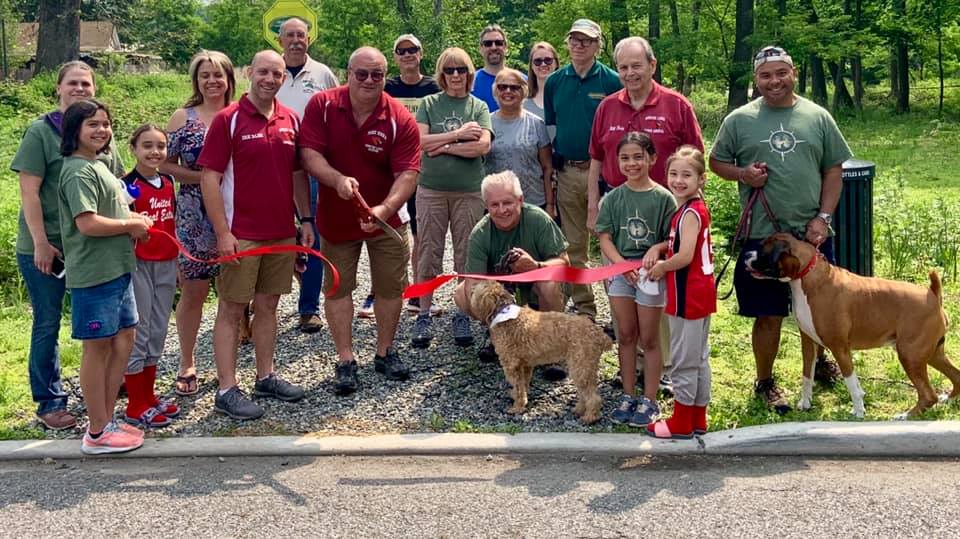